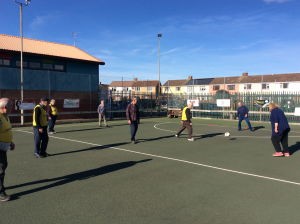 A sport that has received an unexpected profile after featuring in a recent advert on TV! Not aimed at a specific age group but perfect for those whose circumstance dictates that walking would be better than running.

Both of these groups have restarted post lockdown. Details of further groups around the County will appear here as they emerge from restrictions. If you have a group that has restarted and would like it promoted here please email Stewart scollins@sasp.co.uk

Walking Netball has proven to be a popular alternative to the faster paced game, particularly for those who for whatever reason find the physical demands of traditional Netball no longer appropriate. Tuesday mornings 9.15 am at Taunton Vale Sports Club TA2 6LL. Indoors throughout the winter months, Outdoors when good weather permits during Summer.

Contact Helen Brunt at hgoalshoot@aol.com for more information about this and other Walking Netball opportunities

If you have a group which has started, or plans to do so and would like it promoted here, please contact Stewart scollins@sasp.co.uk

New for 2022! Organised by the Somerset Cricket Foundation. Starting in Taunton and developing to other parts of the County in due course.

Mixed sessions at the Taunton Tennis Centre, Blackbrook. Suitable for all abilities and activity levels with the on site Cafe turning it into a social occasion. 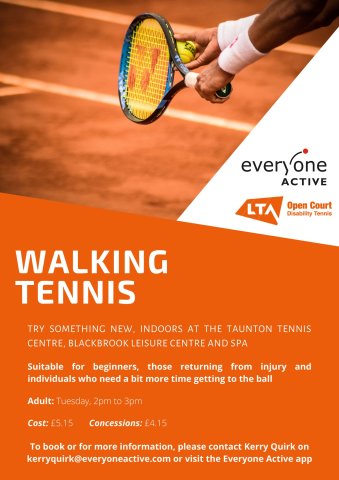 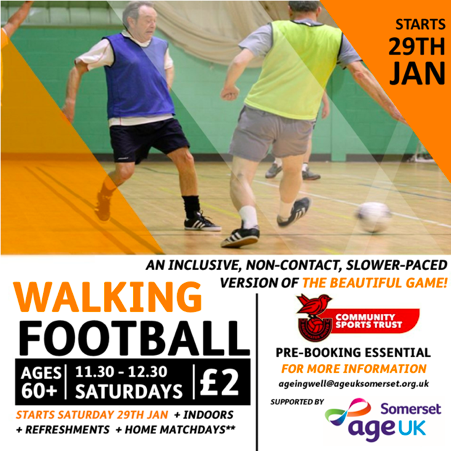 Age UK Somerset and Bridgwater United Community Sports Trust. A less intense form of football for males and females aged 60+. These fun sessions, which focus on social activity, are structured so that you play with individuals of a similar level of ability. The programme also offers refreshments and home match day entrance, when Bridgwater United are at home. All sessions are held at Bridgwater and Taunton College with free parking on site.

Pre-booking is essential. Please email ageingwell@ageuksomerset.org.uk or phone 01823 345262 for more information or to book your place.