We Are Undefeatable Somerset Ambassador, Stewart, Covid-19 Blog: "I found myself cycling at 1am – not that far but enough for a sense of jailbreak".

We Are Undefeatable Somerset Ambassador, Stewart, Covid-19 Blog: "I found myself cycling at 1am – not that far but enough for a sense of jailbreak". 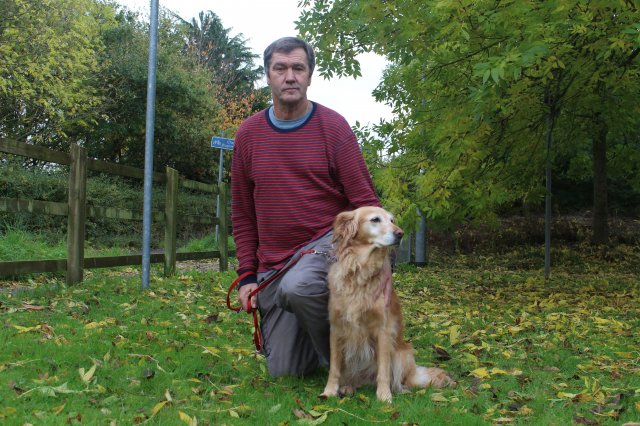 Boris wrote to me back in March to say that I am "extremely vulnerable" to the most dangerous effects of Covid 19 and in order to protect myself and the NHS, I should be shielded. This meant spending the next 12 weeks at home, with just the members of my household – my wife and dog! The only fresh air that I should be getting is from my garden, the only contact with people should be through a close window. This did not come as a massive shock, just a fortnight earlier at a routine check-up my consultant had given me a heads up, indeed I think he believed lockdown should already have started. "I know what you are like" he said, "but please don't take virus this lightly". So, touched as I was that Boris had taken the time to write to me, this letter was not a surprise. But for someone who is active and loves the outdoors and a bit of adventurer it was a tough one to read.

To begin with there was a sense of novelty, bike shed was frantically built, gutters cleared, rooms painted etc. etc., the garden has never seen such attention . Shoehorned into this flurry of activity, I started an online Yoga Class ( I've been married to a Yoga Teacher for 37 years and have resisted in all that time!) and gave Joe Wicks the benefit of my attention. I went to bed exhausted each night!

But I had made the classic newbie marathon runner's mistake, I had clearly underestimated how long 12 weeks actually is and had spent far too much energy in the early stage. About a month in and I had done all the best/ easy jobs and was left with the ones I had been putting off for ages and had secretly hoped would just go away. What's more I was realising why I had avoided Yoga for all those years (I'm far too restless and fidgety) and Joe Wicks was not providing the natural surroundings nor stimulating the flow of adrenalin that I usually need to get me moving. But probably the single biggest factor in my plummeting spirits was missing my Grandchildren. Facetime is amazing and I am so grateful for it, but no substitute for chasing around the park, hide and seek around the house and garden and so on. Love and indulge your Grandchildren, let them keep you young in spirit and when they have eventually exhausted you, you can either cuddle up in front the TV or give them back. None of us know how long we have them for so don't waste a moment!

Anyway, to paraphrase after 4 or 5 weeks I was going stir crazy and activity levels plunging. I needed a radical rethink, I remember commenting in the past that physically living with Cancer was only part of the issue, if you let it affect your mental health it wins that way instead. Covid 19 couldn't be allowed victory by default. So what was the spirit rather than the letter of lockdown? Essentially to avoid contacting the disease yourself and to avoid spreading it to others, and the way to do that? See no one, touch nothing that anyone else had touched or might touch. If I could get out at a time when I would see no one or to places where no one would be I should be fine. And so I found myself cycling at 1.00am – not that far but enough for a sense of jailbreak. I lived in the Quantocks for a while and know the most isolate and secluded spots to walk and as the days lengthened I was able to be up with the lark and back before most people had surfaced. And I touched nothing. Quickly my spirits rose again and a spring returned to my step, there was light at the end of the tunnel and I could see it. I even got round to tidying the loft!

Maybe you feel I was wrong, that I had wilfully defied well intentioned instructions. But these instructions were issued right at the beginning, in a hurry and as a "one size fits all" solution. And as guidance ebbed and flowed, came and went, each time there was a simple footnote "those who are shielding should continue as they are". I must be honest, it felt like we had been forgotten. Perhaps I was the odd sized one that it simply wouldn't fit, but I am sure there were many like me. I refused to give in to Cancer twice and I am not going to give in to this. I won't be reckless and I certainly won't put anyone else at risk, but I will be me! Or as close to me as is possible in this crazy time. And those little children will get the same Grandad back when this is all over.