Catcott and Ashcott will play off in a final, with the winner going on to represent Mendip in the ESFA County finals.

Fairlands were crowned the winners and will now represent Mendip in the ESFA County finals. 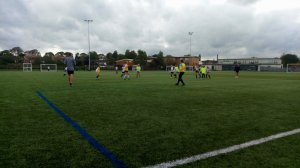 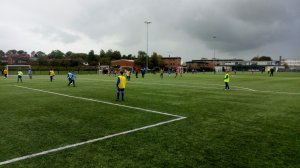 Over 100 children from West Pennard, Baltonsborough and Catcott participated in a 'friendly' football festival, hosted by Strode College on 15/10/19.

The children were divided into 12 teams with each team playing 4 games in a total of 20 matches played.

The emphasis was on being active and enjoying running around. Within this there was plenty of supportive team work, some great individual skill, plenty of hard work and numerous smiles.

Each child returned to school with a certificate high-lighting the importance of being active as part of a healthy life-style.

A special thanks to the Strode College students for reffing the games in a perfect manner.

14 schools from the Mendip area attended the annual Primary PE Conference, held at The Canalside, on 18/10/19.

Workshops included yoga, forest school, managing PE amongst others, with the main speaker talking about mental health and well-being.

The events were superbly organised and officiated by Wells Cathedral School young leaders. 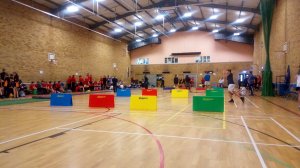 A fantastic entry of 9 primary schools competed in the Mendip area Sportshall event hosted by Wells Cathedral School on 24/10/19.

9 girls teams and 9 boys teams, totalling 162 young athletes competed in a range of running, jumping and throwing events - all of which was officiated by Wells young leaders. 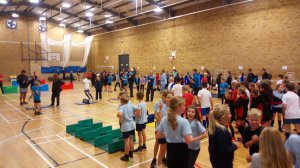 Girls and boys teams played out the triangular fixture in a superbly friendly but competitive manner. 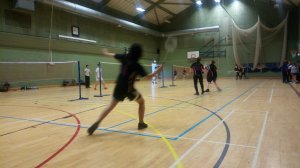 6 teams from across 4 schools competed in a total of 15 games of football, all refereed by Frome College students. 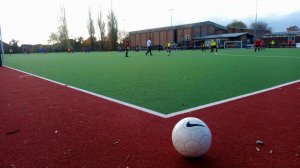 A total of 60 footballers participated in the Mendip area indoor football competition, hosted by Strode College, on 8/11/19.

In the girls competition St Benedicts and Elmhurst contested the spoils.

In the boys competiton Upton Noble came out on top. 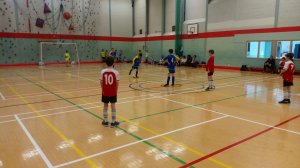 Frome College hosted the second area girls only football competition on their astro on 12/11/19.

A total of 6 teams from across 4 schools; St Pauls, Oakfield, Hugh Sexey and Selwood competed in the event with St Pauls running out winners.

The tournament was organised in a league format with each school playing 5 games of 12 minutes.

Special thanks to the young leaders from the College for officiating. 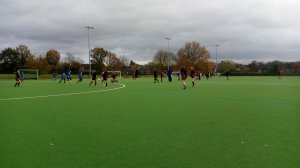 The Kings of Wessex played out the area final against Wells Blue, with Kings winning.

Entered schools were Millfield, St Dunstans, Frome College and The Kings of Wessex.

Millfield ran out victorious in both the girls and boys competitions.

Wells Blue, Crispin and The kings of Wessex competed in the area qualifying event hosted by Kings.

The Kings of Wessex finished as winners and will now compete at the County finals.

Springmead won the Frome area event and will now represent Mendip at the County finals.

Hugh Sexey ran out winners with Wells Blue second, both of these teams qualify for the County finals to be held at Millfield on 12/12/19.

A total of 40 players enjoyed 'no score' games against the other teams.

All pupils went away smiling accompanied by a certificate!

The Mendip School hosted the area round of both the Primary and Secondary boccia competitons.

The primary school event had 4 teams with Brookside and Shapwick sharing the spoils.

The secondary school event had 5 teams with The Mendip School and Shapwick competing.

Wells Blue ran out winners with Selwood second, both of these teams qualify for the County finals to be held at Millfield on 12/12/19.

British Cycling delivered some coaching to 4 groups of children in the morning before the official race competition in the afternoon.

In stark contrast, the morning had beautiful weather but the afternoon races were fought out in wet conditions.

Participating schools were Elmhurst and Brookside. 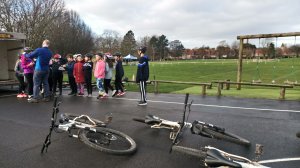 Elmhurst Junior School hosted the first of the Mendip gymnastics competitions on 23/1/20.

With 41 girls competing in 8 teams, there was plenty of courage, character and pride on show.

Each girl performed a floor and vault routine - with individual scores being added together to gain an overall team score.

Congratulations to Elmhurst who finished first in both the u9 and u11 competitions. 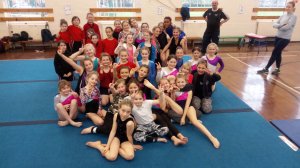 A total of 48 young gymnasts from 4 schools (Beckington, Christchurch, Mells and Springmead) competed in the Frome area Key Steps competition hosted by Liberty Gym Club on 30/1/20.

Athletes from years 1+2; years 3+4 and years 5+6 each performed an individual floor and vault routine.

Beckington ran out winners in years 1+2 and 3+4 with Springmead winning the older age group. These teams will now go forward to the County Finals. 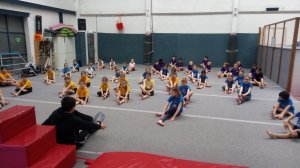 The games were ably officiated by leaders from Wells.

Springmead ran out winners and will now represent Mendip at the County Finals on 2/4/20 at Millfield. 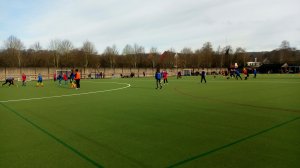 We are grateful to Wells for hosting and delivering a fun morning of activity. 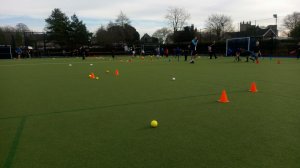 A 'target' based festival included children from Shapwick, The Mendip School and Catcott primary enjoying sessions in laser shooting, archery, bowling and a cricket themed session run by Somerset Cricket board.

All of these activities were finished off with a game of indoor crounders (a mix of cricket and rounders!).

Special thanks to Carly Sasp and Somerset CB for running fun sessions for the children.

Thanks to The Kings of Wessex Academy for hosting the Mendip area year 11 netball tournament.

Thanks to The Blue School for hosting the Mendip area year 10 netball tournament.

Thanks to Fairlands Middle for hosting the Mendip area year 8 netball tournament.

Oakfield and The Blue were our winners!

Thanks to Oakfield Academy for hosting the Mendip area year 7 netball tournament.

Oakfield and Selwood were our winners!

Thanks to Crispin School for hosting the Mendip area year 9 netball tournament.