48 pupils from the Frome area participated in some coaching followed by some races. Grasstrack is the outdoor version of velodrome racing and operates like a team pursuit race.

A special 'thank you' to Justin from British Cycling for supplying bikes, helmets and a day of activity. 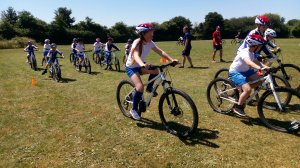 Following an afternoon packed full of competition, Beckington and Mells came out on top and will now represent the Mendip Area at the Summer Games in July. 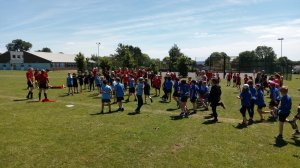 Following an afternoon packed full of competition, Selwood and Oakfield came out on top and will now represent the Mendip Area at the Summer Games in July. 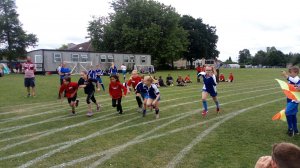 Critchill School in Frome hosted the third inclusive sports session this year, following Boccia at The Mendip School and Cricket at Shapwick School.

Pupils from Critchill, The Mendip and Shapwick Schools enjoyed a morning of athletics, with some practice time on sprints, throws and jumps before a short competitive session, including some keenly contested relays! 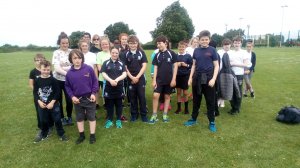 5 teams from across the Mendip area played in the GIRLS cricket competition hosted by Wells CC on 12/6/18.

Schools in attendance were Elmhurst, Catcott, Oakfield and Bishop Henderson.

Each school played 4 games in a league style format.

The eventual winning team, who will now represent Mendip at the County finals, was Elmhurst A.. 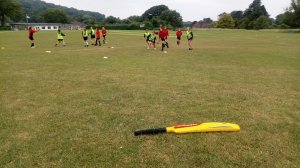 A fantastic entry with over 250 young athletes from across Mendip competed in a range of track and field events.

Winning teams from years 7,8,9 and 10 - girls and boys - will now represent Mendip at the Summer Games finals to be held at Millfield on 5th July.

8 teams from across the Mendip area played in the Year 6 cricket competition hosted by Wells CC on 5/6/18.

Each school played 3 games in their pool and then a cross over game with the opposite pool.

The eventual winning team, who will now represent Mendip at the County finals, was Springmead.

A beautiful afternoon welcomed 11 teams from Springmead, Elmhurst and Walton to the first (of two) Mendip area quadkids athletics events on 22/5/18.

Each individual athlete had to compete in four events; a sprint, a middle distance run, a long jump and a howler throw.

In the yr 3+4 event Springmead A led the way from Elmhurst A.

In the yr 5+6 event Elmhurst A led the way from Springmead A.

Both of these schools will now represent Mendip at the Summer Games Finals in Juy.

The Frome area tri-golf 'school-games' event was hosted at Christchurch Primary on 3/5/18.

30 pupils from Christchurch and St Johns enjoyed an afternoon of golf challenges, on a beautiful afternoon.

Tri-golf is an event at the Summer School Games held at Millfield on 5th and 6th July, with schools able to enter this event to test their skills against other schools from across Somerset. 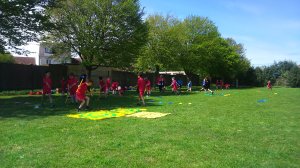 The groups were ably supported by year 6 leaders from Elmhurst, these leaders nominated a number of year 4's at the end of the festival whom had either listened well, behaved impeccably or shown an improvement in their skill level.

Pictured are all the participants, with the nominated pupils holding their certificates. 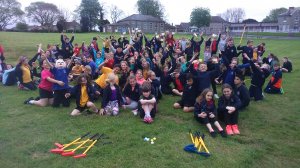 5 teams competed in the tournament with Oakfield A and Selwood A qualifying for the Large Schools finals at the Spring Games in April.

Springmead A won the Small Schools event and will also go to the Spring Games County Finals. 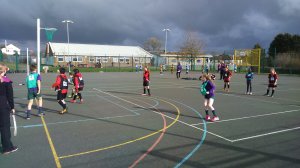 Over 50 participants played 4 games over the afternoon; having fun, improving their skills and getting in their 60 minutes a day activity time. 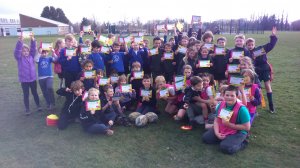 Teams from Chewton Mendip, Catcott and West Pennard competed in the 'small schools' competition whilst Elmhurst and Hugh Sexey battled it out in the 'large schools' event. 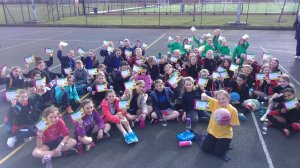 On a beautiful morning 4 schools; Catcott, West Pennard, Mells and Baltonsborough brought 49 pupils for a morning of skills and games delivered by staff and coaches from Wells ably assisted by young leaders. 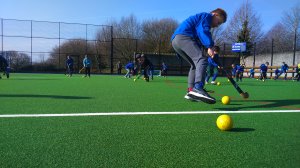 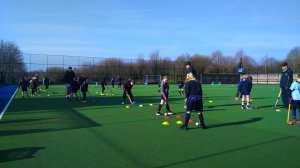 The final was played out between Fairlands and Selwood, with Fairlands running out winners, 5-3.

The final was ably officiated by 2 young leaders from WCS.

The Mendip area secondary schools futsal competition was hosted at Strode College on 6/2/18.

The u12 had 5 teams entered with Crispin finishing as winners.

The u14 had 5 teams entered with Crispin finishing as winners. 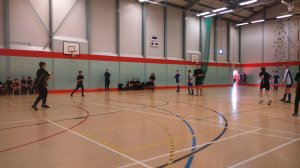 The Frome area gymnastics competition was held at Liberty Gym Club on 1/2/18.

The set routines in floor and vault follow the key steps programme. 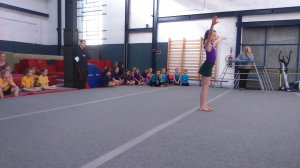 After a couple of late withdrawals, Selwood and St Louis played in the first 'can do' football event held on Frome Colleges' new astro on 25th January 2018.

This event was planned to include all those pupils who had not had an opportunity previously to represent their school in an inter school fixture.

The games were ably officiated by Frome College students. 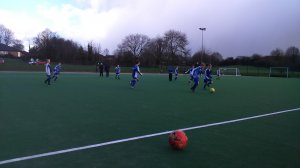 The Street area gymnastics competition was held at Elmhurst Junior School on 23/1/18.

The set routines in floor and vault follow the key steps programme.

winners for each category were Elmhurst.

Thank you to Elmhurst Junior School for hosting one of the Mendip area gymnastics competitions this week.

The Elmhurst year3/4 and year5/6 teams will now go through to represent Mendip in the County finals later this year.

2 Elmhurst girls will also compete in the individual event at the Finals.

The all girls teams performed a set floor routine and a vault, over-coming nerves to show a high level of skill.

After a couple of late withdrawals, Brookside and St Benedicts played in the first 'can do' football event held on Strode Colleges' new astro on 30th November 2017.

This event was planned to include all those pupils who had not had an opportunity previously to represent their school in an inter school fixture.

The game was ably officiated by Strode College students. 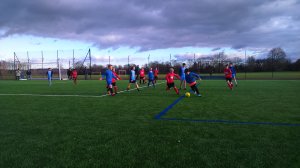 The Mendip area girls hockey qualifying tournaments were all held at The Blue School over the Autumn Term.

All area winners will now represent Mendip at the County Finals on December12th at Millfield.

The Kings of Wessex School hosted the Mendip area National Schools Badminton competitions for KS3 girls and boys on 21/11/17.

The final of the girls competition was played out between The Kings of Wessex and Millfield - with Millfield running out winners.

The final of the boys competition was played out betweenThe Kings of Wessex and Millfield - a closer game you couldn't get, with the score at 2 games each, the deciding game finished 15-14 - with Millfield running out winners.

Millfield will now represent Mendip in the County finals on 16th January.

The girls competition included St Dunstan's, The Kings of Wessex, Crispin and Millfield - with Millfield running out winners.

Millfield and Crispin will now represent Mendip in the County finals on 16th January.

A great afternoon was had with 8 teams competing at Wells Cathedral School.

The events were efficiently officiated by Wells Cathedral students.

A close competition with only 2 points separating the top 2 teams Hugh Sexey and Oakfield. 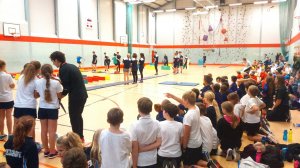 The 'south section' of the Mendip Area Girls Football competition was played at Strode College, Street on Tuesday 17th October.

Congratulations to the winners, Hugh Sexey and they will now go through to the next round. 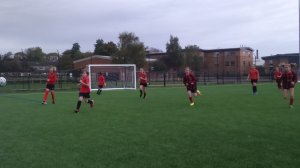 British Cycling set up the course, provided bikes and helmets and ran a series of graded races for the participants.

The eventual winners on the day, after finishing places were added up from the 4 races, were West Pennard. 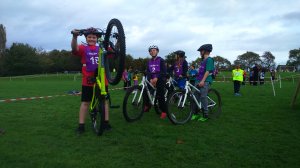 Some superb games of football were well refereed by year 10 and 11 students from St Dunstans.

Congratulations to the winners, Fairlands and they will now go through to the next round. 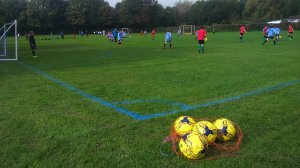