Christchurch primary hosted a tri golf event for the Frome area on a sunny Friday 13th May.

Teams from Christchurch, St John's and Hugh Sexey competed for a place in the School Games Finals.

Congratulations to St Johns who will attend as the Mendip area representative. 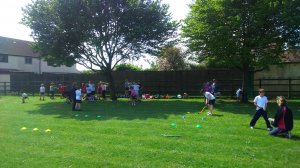 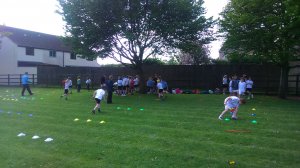 Elmhurst junior hosted a tri golf event for the Street area on a sunny Tuesday 3rd May.

A total of 15 teams participated, with 150 children experiencing a series of golfing challenges.

Congratulations to Elmhurst who will attend as the Mendip area representative at the Somerset School Games. 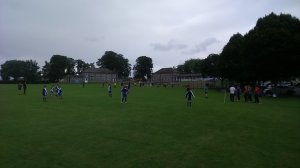 Elmhurst Junior school played host to the Mendip area rounders tournament on Tuesday 28th June. 8 teams entered and despite the poor weather conditions all players performed to a high standard. Eventual winners were Springmead with Elmhurst and Selwood also qualifying for the School Games Finals.

The Mendip area 'large schools' football tournament was hosted by Strode College on Tuesday 4th October. Five teams entered, with schools playing each other to finish in a league format.

The results were as follows;

Thank you to these schools and to Strode College for providing the officials for the tournament.