48 girls and boys from across Frome competing in the 4 disciplines; sprint, distance run, throw, jump to gain points for their team.

Each event was superbly run and officiated by year 7 and 8 leaders from Oakfield. 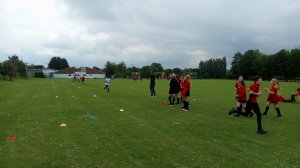 Fairlands Middle hosted a rounders festival for year 4 pupils on 21/6/19.

120 pupils from Cheddar 1st, Axbridge, Shipham, Draycott schools attended on a beautiful morning - the games were umpired by year 8's from Fairlands. 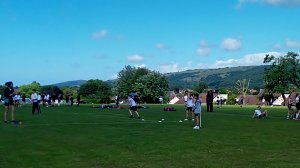 The Mendip area athletics Championships was hosted at Yeovil Rec on 18/6/19.

With 24 teams from 6 different schools, the day was a big success.

Good luck to the teams having qualified for the County finals on 3rd July.

Elmhurst were successful in the Mendip area girls cricket competition and will now go on to the County Finals.

Each athlete competed in a howler throw, long jump, sprint and distance run.

The event was hosted by Selwood Academy and supported by year 7 leaders from Selwood; acting as timekeepers, place judges, measurers.

Teams from Hayesdown and St Johns came out as winners and will now compete in the County finals at Millfield in July. 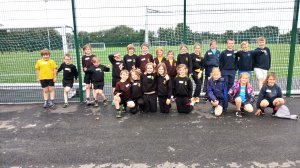 Despite the odd shower all the games were played in a fantastic manner, with Elmhurst A beating Springmead A in the final.

Elmhurst will now represent Mendip at the COUNTY finals. 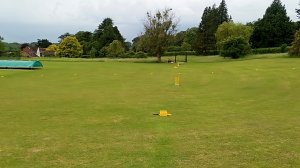 Crispin School played host to the first Mendip Quadkids competition of the year on 23/5/19.

80 children, across 10 teams competed in the 4 disciplines of sprint/ run/ jump/ throw - with all of these events superbly run and officiated by young leaders from Crispin School. 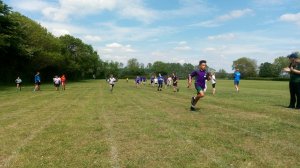 Pupils from Cheddar, Draycott & Rodney Stoke and Shipham schools were led through running, jumping and throwing stations by some excellent year 8 leaders from Fairlands Middle School. 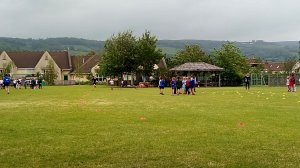 81 pupils from 3 schools participated in a series of golfing challenges, superbly supported by 16 year 8 leaders from Fairlands Middle. 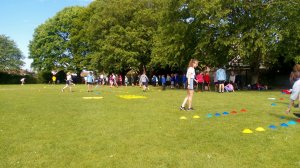 64 children in years 3&4 from across 5 schools; Axbridge, Cheddar, Shipham, Draycott&Rodney Stoke and Weare all competed in a number of mini red games against each other. 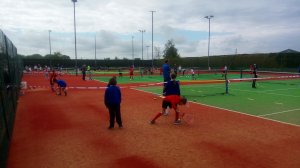 110 pupils from 4 schools participated in a series of golfing challenges, aiding by professionals from the club. 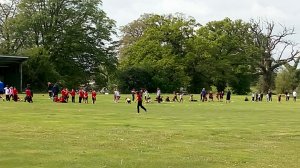 British Cycling ran the event which consisted of coaching followed by a competition.

Teams of 4 start either side of the track and race for 3 laps, with the 3rd person from each team to cross the finish line being the deciding rider.

A brilliant afternoon of tri-golf was hosted at Elmhurst Junior School for over 90 years 3+4 on 25/4/19.

Teams from Elmhurst and West Pennard participated in a tri golf festival which was ably supported by 22 year 6 leaders from Elmhurst. 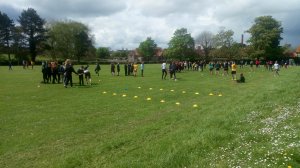 The Blue ran out the eventual winners after a league style tournament, with Hugh Sexey second - both schools will now represent Mendip at the County Finals.

Fairlands ran out the eventual winners after a league style tournament - and will now represent Mendip at the County Finals.

Over 60 children enjoyed a mini coaching session followed by a total of 15 games of tag rugby.

The whole event was supported by Wells Cathedral leaders.

Each child went away with a certificate highlighting the importance of being active for 60 minutes per day - along with a drink and a cookie! 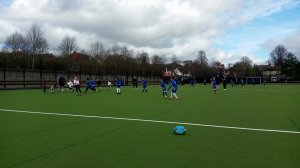 Oakfield Academy and Selwood qualified for the Spring Games in April at Millfield.

Good luck to both!

The first of 2 Primary High 5 tournaments was hosted at Strode College on 28th February 19.

After coping with ever changing weather conditions - Elmhurst, Hugh Sexey and Ashcott secured their place in the School Games finals to be held at Millfield in April.

Well done to all participants and good luck to the finalists! 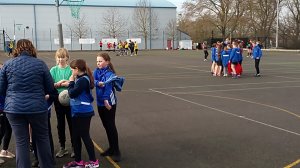 The students voted laser pistol as their favourite and we thank Carly for bringing these along.

In the Summer Term, the Mednip area plan to host an inclusive athletics event at Critchill School. 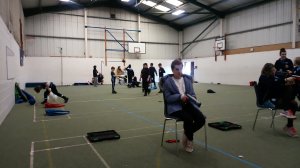 The Mendip round of the u12 futsal competition was hosted by Strode College on 12/2/19.

With 3 schools competing; Catcott, Elmhurst and Oakfield in what was to be a very closely contested competition.

Oakfield ran out the winners and will now go forward to the county finals. 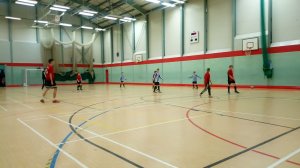 With 3 schools participating; Catcott, Mells and West Pennard - we had over 60 children receiving coaching and playing mini games.

The sessions were ably assisted by Wells Cathedral leaders. 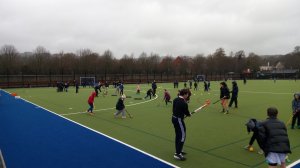 With 6 schools competing; Catcott, Kilmersdon, Elmhurst, Springmead, Fairlands and Oakfield - we had 60 children playing in a league style competition.

The games were ably officiated by Wells Cathedral leaders.

With the overall winners being Springmead. 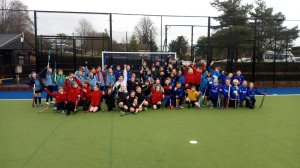 54 gymnasts across years 1,2,3,4,5,6 performed both floor and vault routines to gain an overall team score.

Beckington won both the years1/2 and years3/4 competitions with Selwood successful in the years5/6 competition. 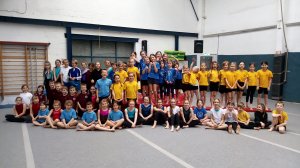 Elmhurst Junior School hosted the first of 2 Key Steps Gymnastics competitions for the Mendip area on 24/1/19.

26 gymnasts across years 3,4,5,6 performed both floor and vault routines to gain an overall team score.

Springmead won both the year3/4 and year5/6 competitions with Elmhurst successful in the individual competitions. 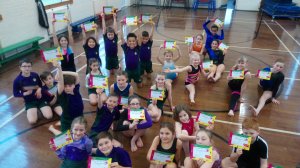 The Mendip area secondary girls hockey tournaments were played out at various venues during November and December 2018.

Thanks to host schools; we had 9 schools compete across the 5 competitions and a total of approximately 230 girls participating.

Qualifiers for the School Games County Finals were:

Year 7; Hugh Sexey and The Blue

Year 8; The Blue and Fairlands

Year 9; The Kings of Wessex

Year 10; The Kings of Wessex

The Mendip School in Shepton played host to the area Boccia tournament on 29/11.

The morning was played in a really nice atmosphere - with all the children supporting each other, regardless of the school they came from. 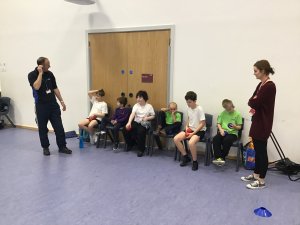 6 teams from Wells Blue, Crispin, Selwood, Oakfield, Hugh Sexey and Fairlands played in a league style competition with half pitch games on the astro.

All teams gave their best in difficult weather conditions - with the top 2 teams now going forward to represent Mendip at the School Games Finals.

Frome College played host to a year 3/4 football festival on 27/11, with 5 teams playing in a league style tournament on the astro.

Each school played 4 games of 15 minutes and these were ably officiated by Year 10 boys from the College.

A big 'WELL DONE' to all for braving the wet weather = the rain won't stop us! 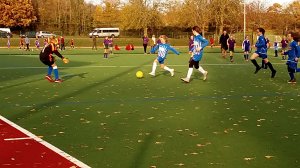 The 'north section' of the Mendip Area Small Schools Football competition was played at Frome College on Thursday 22nd November.

Some superb games of football were well refereed by Year 10 students from Frome.

Congratulations to the winners, Kilmersdon and they will now go through to the next round. 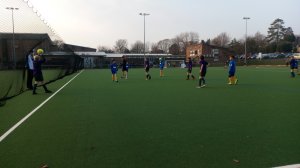 On a bitterly cold evening teams from Selwood, Oakfield, Blue, Hugh Sexey and Fairlands played out a league style tournament.

It was great to see the effort, team-work and skill level of the players - well done!

The top 2 qualify for the School Games finals at Millfield - Hugh Sexey and The Blue.

The 'north section' of the Mendip Area Girls Football competition was played at Frome College, on Tuesday 13th November.

The event was played with a brilliant atmosphere, the girls growing in confidence as the tournament went on.

Congratulations to the winners, Oakfield, - they will now go through to the County Finals in January.

Following an hours coaching, which was facilitated by WCS staff and young leaders, the competitive event got underway.

Congratulations to the winners; Selwood in the large schools and Catcott in the small schools events. 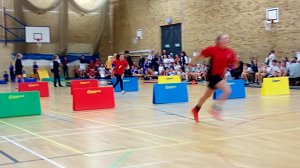 4 schools; Oakfield, Selwood, Shapwick and Crispin entered 12 teams across year 7 and 8, girls and boys - making for a competitive afternoon.

Following an hours coaching, which was facilitated by WCS staff and young leaders, the competitive event got underway.

Congratulations to the winners; Oakfield in year 7 girls and year 8 girls and boys, and Crispin in the year 7 boys. 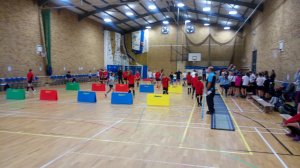 Some superb games of football were well refereed by L2 BTec students from Strode.

Congratulations to the winners, St Pauls, - they will now go through to the County Finals in January. 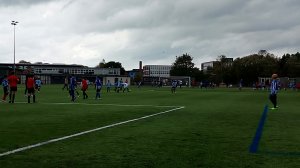 The 'south section' of the Mendip Area Girls Football competition was played at Strode College, Street on Thursday 4th October.

Congratulations to the winners, Hugh Sexey, - they will now go through to the County Finals in January. 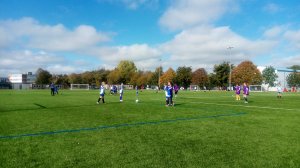 Congratulations to the winners, Ashcott and they will now go through to the next round. 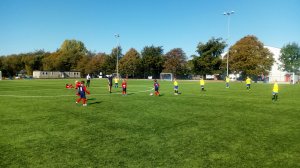